A Legacy of Humor 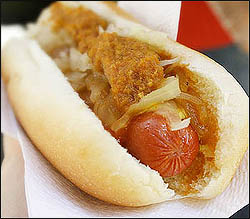 It’s every humor writer’s goal to write humor that is not only funny, but lasts a lifetime.  A good humorist strives to make his experiences in life relatable and enjoyable for the masses while being unique and witty enough to create his own voice.

That’s what I want, to leave behind a legacy of humor.

When I find a willing partner, and God forbid, actually have some children of my own; I want them to remember me as a funny dad.  Not just a fun dad, which I know I’ll be, but a funny dad.

I want my sense of humor to define me.

Inadvertently, I have been working on my humor skills my entire life.

When I was in second grade, Mrs. Mims had the class write stories that were a whole … page … long.  It probably took me a week to produce.  And I used my first draft!

While most kids wrote about their best friends or their cool dog or their trip to the beach last summer, I didn’t.  At seven years of age, I unknowingly began a career of writing humor that would not see its fruition until the debut of my mid-life crisis.

I couldn’t write about something mundane or trivial, not like all the other kids.  No, it wasn’t in me.  I felt a calling to a higher power.

I wrote how my family was eating hot dogs one time and I couldn’t finish mine so I threw it away.  My mom told me I had to eat it and made me get it out of the trash can and scarf it down.

I really wrote that and, mind you, we were supposed to hand in non-fiction stories.  I wrote my piece under the guise of it being absolutely true.  It wasn’t, of course, but that’s not the point.  The damage was done.

My parents read the story for the first time when Mrs. Mims distributed everyone’s pieces in a staple-bound pseudo-book (my first publishing gig?).  So, at that point, not only did the teacher read my “true” account of home life, but so did the parents of every kid in Mrs. Mim’s second grade glass.

Needles to say, my mom was mortified.  She called the teacher and the principal and if I had to bet on it, a few parents in the neighborhood.  My dad probably just shrugged and turned the TV to a Carolina game .

What came out of all this?

My parents checked my homework more after that incident and I didn’t get hot dogs for a while.  But as I look back on it, most importantly, I had written my first satire piece without even knowing what satire was.  It was the beginning of my future writing career and one day, I hope to tell more than the three people that read this that …

A ficticious hot dog began my legacy of humor.