It’s been a while since I updated my website. I figure it’s time because a lot has happened in my life. Personal, professional, and unprofessional.

So let’s get started.

I know, I know. Wtf? Believe me, nobody ever gets married thinking they’re going to get divorced. We’re still friends; it was an amicable divorce. Suffice it to say that it just wasn’t meant to be.

Also I’ve split with my agent. Um, I’ve actually been through two different agents.
I know what you’re thinking. You see a pattern. Well, there are reasons for the split, and they’re complicated. We weren’t right for each other, I was inexperienced in the business … Blah blah blah … Suffice it to say … it wasn’t meant to be.

I’ve also been doing a lot of web development and programming; in fact, I have a continuing gig at Jenesis Software. See? My picture’s on there and everything.

I told them to switch to coffee.

Then they turned down another book of mine: “Barry vs The Apocalypse.” They rejected it even after it became a Finalist in the 2014 Claymore Awards. I think it’s my strongest work to date, and so do my beta readers. Look for good things from that one.

But alas, this is why we’re not together any more. They love my writing and my writing voice, they just want me to write something else. 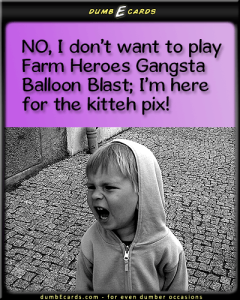 Those are their words verbatim.

And since these two books are great representations of what I like to write, we both decided I need to find a different agency.

So I get to write queries again.

My friend Bob and I started making videos for our Chuck and Cletus website: totally inappropriate videos with lots of drinking and nonsense. We also do the wildly entertaining dumbEcards.com site. You should peruse on over and take a gander. Go ahead, make us viral. 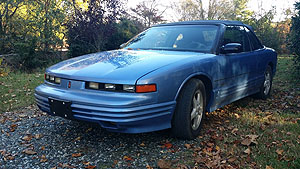 I’ve also bought a new toy, a 1994 Oldsmobile Cutlass Supreme Convertible. The Aztek is a little jealous, but she’s my number one go-to car. I washed her to prove it.

And as you can tell (or not), I’ve ported my site over to WordPress from Joomla. It was not fun, and I dreaded every moment of the switch because a new platform needed a redesign …. But it needed to be done.