EBookMall.com has put on a contest called, “America’s Next Author.” A long-time friend of mine sent it my way as something I might be interested in.

I thought, why not? So I looked into it.

One of the problems with it is that anyone can sign up, and because of that, most of the entries are really bad. Stinker bad. The kind of bad where a story is riddled with adverbs and typos and overdone exposition.

That may not mean much to some of you, but take my word for it, they’re bad. 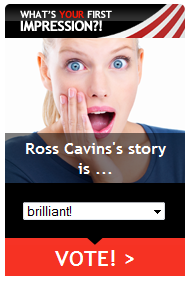 Some are good, but most of the stories will make you wince.

The winners of this contest aren’t necessarily going to be the best writers. The winners will be the authors with the most votes.

Yes, I’ve signed up for a popularity contest.

Me. The guy who was anti-popularity in high school. The hermit who works out of his home office and leaves the house just enough to keep track of what season we’re in. In a popularity contest.

I look at it this way: I’ve got to start somewhere.

I can write the greatest stuff in the world, but if no one reads it, does it really matter?

(I should probably insert something here about a tree falling on my house in the forest.)

And now that I have an agent, I need to get off my proverbial flat ass (although it really is kind of flat) and begin to build my platform of readers/fans.

What I’ve being doing up to now was pretending to build my fan base. I’ve been playing with it like I might be an author one day.

But now I have an agent. I’m legit. I’m entering the pros, and nobody knows who I am. How am I ever going to get a decent shoe contract? 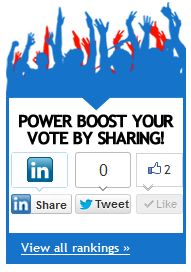 for this contest and submitted a piece I wrote a while back entitled, “Bobby Joker, Professional Poker Player.” It’s edgy and gritty and somewhat controversial; I pretty much thought they’d reject it, because it’s unlike anything else in the contest.

But they didn’t. It somehow made it through the filters.

Of course, so did all the high school seniors who were told by their English teacher they were creative, and now they think they can write.

So. From this point on it’s up to you, the reading public. My semi-loyal fans. My friends. And anyone else who stumbled by here because you Googled the words: Nicki Minaj nipple slip.

Go here and read the story.

Review the story at the bottom. Share it with your friends. Spam it to your coworkers and family with a subject line mentioning some missing kid last seen clutching his dirty Elmo doll his mom would never let him wash.

But most of all, enjoy the story.

NEW: I made a stupid promo video. Enjoy.