A Myriad of Grammar Problems 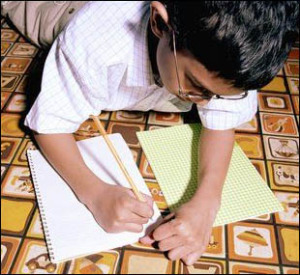 I’ve written about how our nation’s spelling acuities have decreased since the advent of the internet.  As a people, we spell bad.  Real bad.  But something that often escapes us is how bad our grammar is.

Now granted, I have a Computer Science degree, not an English degree.  So in many instances, I’m as guilty as the rest of you.  But that is no excuse.  Bad grammar is bad grammar.

I think the problem of bad grammar arises from the fact that we speak a certain way, and write another.  For instance, did you notice in the first paragraph how I complained about how bad we spell?  Verbatim, I wrote, “We spell bad.”

Bad is an adjective that can only be used to describe a noun.  However, I used it as an adverb.  Adverbs describe verbs and adjectives.

When I wrote “bad” above, I wasn’t describing “we,” I was describing “spell.”  The verb.  Because even though we can’t spell, that doesn’t mean we are bad people.

To be correct, I should have written, “We spell badly.”

(Remember how LY-words are adverbs?)

Once this was pointed out to me the other day by an English professor friend of mine, I began to see how many times I misused adjectives when I really meant to use adverbs.  Can we say a plethora?

Oh, and since we’re on the topic of misusing words, notice the title of this piece?  “Myriad” is not a noun, it is an adjective.  And I almost always see it misused.

It is a beautiful word and doesn’t deserve the substandard treatment we give it.

The correct title should be something like “Myriad Grammar Problems” but for some reason, that just sounds weird to us, doesn’t it?  If it helps, try substituting a synonym in it’s place.

Of course, any time you mention grammar problems, it becomes mandatory to mention (your, you’re) and (there, their, they’re) and (its, it’s).  They are the granddaddies of grammar misuse.

By the way, catch my misuse of “it’s” three paragraphs above?

If so, there’s hope for you yet.