All Hail The Bathroom Exhaust Fan

I want to know something.  Who invented the bathroom exhaust fan?  I'll tell you, a genius, that's who.  A veritable God among men.  Whoever it was may have inadvertently saved civilization from certain ruin.

It's such a simple invention really.  A fan attached to a tube to funnel air from one location to another.  In this case, it's used to move toxic fumes from their producer to an unknown location, far away from the source.  I think this ranks right up there with electricity and the combustion engine as one of mankind's greatest inventions. 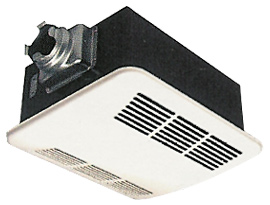 Can you imagine a time before the bathroom exhaust fan?  I can, I lived it.  I grew in a house out in the country.  We had a well, a couple acres, some animals.  But no bathroom exhaust fan.  The house was built during a time that a 3-bedroom 1-bath was acceptable, the late sixties, and certain things weren't normal amenities yet.  They were extras.

Is this an excuse?  No, not at all.  I've been in many pre-seventies homes that had exhaust fans.  Ours just simply didn't have one.

Let me tell you, when we had company over for a big Sunday dinner, it was an adventure.  A whole can of air freshener was liable to disappear.  By the end of the night, the whole house would smell like Gardenias and sewage.

And there were warnings galore.  "Whew, you don't want to go in there." and "Give it a few more minutes to settle."

I know this is making you wince because one thing people are uncomfortable talking about is that act.  And the smell that follows.  If someone emits a foul odor around us, our immediate reaction is to wrinkle our nose and look away, possibly holding our breath and looking for an escape.  Whether we're American or European or Asian or whatever, nobody likes to talk about it.

That's why the invention of the bathroom exhaust fan is so important to the world.  It helps us keep from thinking of our sweet little grandmother, "What crawled up in her and died?"  Or our Aunt Doris, "Geez, she ate the same thing I did didn't she?"

It keeps us from wondering how something so rank could have come out of such a sweet person.  It keeps the unspeakable a little more at bay and we can continue to wear our masks of dignity.  After all, isn't this what civilization is all about anyway?  Wearing masks and carefully choosing what we say in public?

When I was with Wife Number One, we lived in a nice big home built in 1966.  The upstairs bathrooms had exhaust fans but they also had one of those in-the-ceiling heaters that looked like an exhaust fan.  We had a party one time and the next morning we woke to a disaster.  When we went in the guest bathroom, the ceiling heater was on and it had gotten so hot that the beeswax candles we had in there had melted down to beeswax globs.  The point is, well, there's no point actually.  Our guests had been so ingrained with the invention of the exhaust fan that they thought they turned it on and they hadn't.  They'd turned on the coil heater which made the place smell like hot farts.  And it melted our neato candles.

The bathroom heater, although a great invention that makes those cold winter morning showers a little more bearable, didn't become a household norm.  Our guests didn't expect it.  The bathroom exhaust fan was what they thought they were turning on.  It has stood the test of time, like the toilet paper holder.

The bathroom exhaust fan has given mankind the chance to advance to the next level, to transcend mere mortality.  It is a gift from the Gods and we should treat it as such.  All hail the Exhaust Fan!