I had a dream last night, of a girl.  A girl I’d had a crush on since elementary school.  We all have that girl (or guy), the one we noticed in first grade, the one we’ve always had a sweet spot for, the one we bought jewelry for when we went to her 9th birthday party. 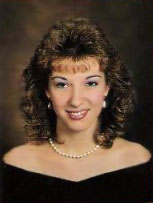 Now for some reason, this girl I haven’t seen in almost twenty years has crept inside my head.  Why?  Why now?  In the dream, we were waiting for a pizza to come out of the oven.  I had set it for twenty minutes and we were watching TV, alone on the couch.  Why we were together in a house, alone, I don’t know.

Soon enough, we were cuddling; then she was laying her head on my shoulder, then my arm was around her, then I had my head nuzzled into her neck and experienced the urge to kiss her nape where a few little hairs still strayed.  She smelled wonderful and felt even better.  But still, I resisted.

The oven buzzer went off and I reluctantly got up, knowing damn well that it would break the spell we were under.  And when I’d return to the couch, we’d just be friends again, not touching, sitting there watching whatever was on TV, stuffing our faces with crappy freezer pizza.

I checked the oven and the pizza was still frozen.  I looked at the box and it said I had to leave it in the oven for an hour and a half, not twenty minutes.  So, like the commercial says, I set it and forget it, returning to the couch sad that our spell was broken and I didn’t even have any pizza to show for it.

But when I sat down, she once more leaned up against me again and I wrapped my arms around her.  We stayed like that a while, me holding her, eventually ending up with her head in my lap and my hand stroking her hair.  Then, after what seemed an eternity in dream-time, she mumbled something.  I asked what she said, she repeated it.  I still didn’t get it, so I asked again (only in dreams, folks).  She repeated it yet again and this time I understood her; it was what I thought she had said the first two times.

"Aren’t you gonna tell me how I look?"

Geez, if that isn’t a come-on line, what is?  So, in my suave dream-self, I answered with a deft smile, "Do I tell you the carpet’s soft?"

How zen of me.  What the hell?  I remember thinking at the time that it was a cool thing to say.  But when the "awake me" looks back on it; well, what the hell?

Do I tell you the carpet’s soft?  What is that?  And you know what’s the most messed up part of it?  I actually remember thinking of something to say and going through the process of coming up with that little gem.  That was the best I could do, in my own dream.

However, because it was just a dream, she responded with a smile of her own and sat up, her face close to mine.  I looked into her eyes and felt weak, actually felt weak.  I confessed to her what was on my mind, "(Insert Name Here), I’ve had a crush on you since the first grade."

She said, "Oh, how I loved you back then, but I had to compete with five magazines."

Again, what?  I didn’t even read magazines except for the occasional Mad Magazine and what kid growing up in the 80s didn’t read a few of those?

What did this mean?  Back then … in the first grade … I was a very outgoing kid.  The teachers actually nicknamed me ‘Casanova’ because I was always after the girls.  I guess I had what they call charisma (it disappeared, later to be replaced with dorkiness).

Back to the dream …

I kissed her.  And folks, let me tell you, it was one of those you remember forever.  Nice, soft, sweet, trouble breathing.

Then I made the mistake of ruining the moment (leave it to me).  I asked, "What is all this?  I mean, I don’t want to start feeling something and this just be a one-time late-night thing … "  I was actually worried I was gonna get hurt … in a dream.

She looked away and I felt my heart drop.  Damn.  She said, "I’m with someone."

She looked at me with those soft eyes of hers, tearing slightly.  "But I know your dividends would pay off."

Hmmm … I’m an investment.  She’s thinking long-term.  I said, "Even with my baggage?  You know I have about the biggest baggage anyone in the world can have."

And I woke up.