The Blind Date From Hell (pt2) 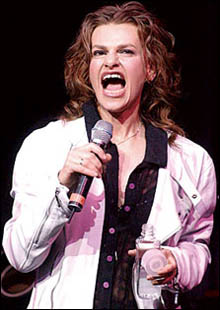 I pulled up to Becky’s place in my Mustang and lightly tapped the horn, as she’d asked me to do.  I waited.  And waited.  The house wasn’t in the best part of town which should have tipped me off right there but I’m an eternal optimist.

I tapped the horn again and waited, beginning to wonder if I had the right place.

But then she emerged from her house.

I wasn’t a teenage heartthrob by any means but I think if you asked ten girls if I was cute, I could bribe a majority into my corner.

Becky, however … poor little stringy-haired knobby-kneed Becky … Becky with the scabbed-up discolored stick legs … Becky of the buck-tooth crooked-mouth clan … Becky of the “before” Clearasil commercials … Becky … Becky was not what you call a looker.  A small percentage of me wanted to stomp on the gas at that moment and get the hell out of there.

But the Southern Gentleman in me smiled and offered a “hello” as she opened the passenger’s door and plopped in.  Clutching a brown paper bag of undisclosed liquid (later discovered to be Strawberry Boone’s Farm), she hunched in the passenger’s seat and stared out the windshield as if I were a cop taking her in for solicitation.

Becky belted down a swig, sneered in my general direction, and mumbled a weak “hey” while still somehow keeping her eyes forward.

The plan was to have no pressure on either of us since she was unsure about meeting in the first place.  We were to go back to my place and sit and talk for about an hour or so.  Not even a real date, mind you, just sort of a meet-and-greet.  It was to be like two friends casually hanging out for a bit.

(Well, except for all the dirty phone talk that went on for the three weeks prior.)

So I shifted into park and drove back to my place on auto-pilot.  Becky–who claimed she looked like Madonna but couldn’t come close to Sandra Bernhard on her worst day–hunkered next to me, looking forward, steadily drinking her Boone’s Farm.

We returned to my apartment, listened to music and chatted.  It was a nice date.

No.  Actually, what happened was this: We returned to my place and as we entered the living room, Becky slunk toward the chair closest to the TV and flopped into it.  I asked if she wanted anything eat or drink and she held up her bagged bottle and mumbled something incoherent.

I sat on the couch and flicked on the TV to something innocuous, MTV.  During the next hour or so, Becky and I watched music videos while I tried to at least engage her in conversation.

Becky was clearly feeling awkward, never looking at me when she spoke.  I tried my best to ease her discomfiture but I guess she felt guilty about that whole “I look like Madonna” thing.  Later, when I drove Becky back home, I returned to my normal life.  I was scarred but the blind date from hell was officially over.

I never heard from “Becky Ciccone” ever again.

Now, with this nightmare comfortably in my past, I can laugh about it.  It was an experience that spawned a story and that’s what life is: a string of inter-connected experiences meshed together to create our own individual epic sagas.

I can handle that Becky was actually a redneck to the nth degree instead of a cute little country girl like she’d sworn.  I can handle that she had a face that could have garnered federal disaster funding.  I can even handle that she lied about 90% of the time we were phone-flirting.  But what really bothers me the most is that Becky never once offered me a sip of her Boone’s Farm.

Ross Cavins  @rosscavins
Am I the only one who thinks @elonmusk should STFU?
reply retweet favorite