This short story was originally published at hackwriters.com in October 2007.  Can’t you just feel the cynicism? 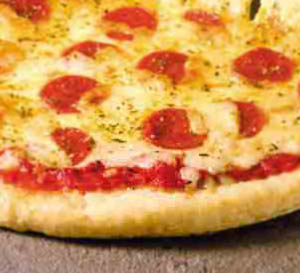 I was once on a reality TV show where the contestant who lost the most weight won the prize money.  I never saw so many fatties in one place making fools of themselves for a hundred grand.

We had to audition for the show.  How do you audition for being fat?  I’m a pro at this, have been for a long time, it’s pretty much second nature by now.  You can’t fake it.

But the TV producers didn’t want fat people, they wanted fat people who were pretty on camera.  I don’t know about you, but I don’t know a lot of pretty tubbies.  If ugly weren’t the antithesis of beauty, I think fat would be.

They chose ten of us, five men and five women.  The women were what you’d expect, more pretty than heavy.  Not a single pug nose in the group.  Great personalities, though.  The world is tough on you if you’re a lard-ass with a bad disposition.

The men were average to middling on looks, and all of us were fat.  Really fat.  The kind of fat where you want to offer something to eat when we visit but deep inside you’re afraid of our answer.  We couldn’t even go the beach without Greenpeace trying to save us.

The winner would be chosen based on fat percentage lost versus total fat and total weight and audience voting.  It was a complicated formula, they told us, it wasn’t just about losing a few pounds.  In other words, shut your fat face up and quit asking so many damn questions, we’ll choose who the public wants to win.

It’s always about the money.

They had doctors and nutritionists and personal trainers at our disposal.  All of them were trim and fit and ate six servings of fruits and vegetables a day.  None of them smoked (on camera) and they all had Hollywood agents.  Oh, and they were all as hot as Baywatch lifeguards.

We got to choose our own workout regimens and diets based on recommendations from our Barbie and Ken professionals.  I picked what I thought I could stick with and I tried my best to win that money.

The producers portrayed a kind of brotherhood between us contestants, a fatty support group of sorts.  But I was there to win, not make friends.  I had enough fat friends in my life, now I wanted a fat wallet.  I was going to be the next Subway spokesman.

I could drop some weight, especially with money on the line.  Not to forget the added award of certain fame and acceptance.  All I needed was a little incentive and I too could sport the body of Adonis.


As you may have guessed, I didn’t win.  Not only did I lose the contest, I was the sole entrant to actually gain weight during the show.  I added four inches to my waist and grew a whole new chin.  Insert Chinese phonebook joke here.

I became the silent plague of the show.  Conversations ceased when I waddled into the room.  People stopped eating around me like it would upset the helpless fatty.

The show wasn’t one where you got voted off, you stayed the whole season.  Twelve one-hour episodes lasting twelve long weeks.  The editors did their best to minimize my screen time but one of the tenets of the show was the weigh-in at the end of each episode.  You know, where the fatties get applauded for their weight losses and encouraged to keep it up.

When my turn came, the place hushed.  No one knew what to say, not even the mannequin-perfect host, standing there with his flawless hair, the microphone poised at his botox-enhanced lips.

And each week, I gained more and more.  I reached a new personal record.  First, it was just five pounds and the nutritionists explained it away as the new diet needing time to work.  A rebound effect, they called it.  The second week I added more weight, ten beautiful pounds I can safely blame on the new Krispy Kreme opening down the street, with its hypnotizing “Hot Doughnuts” sign blinking like a lonely lighthouse beacon in the night, beckoning me toward the rocky shore.

Twelve weeks of this personal hell and I gained seventy extra pounds.  The show doctors discussed glandular problems, even though my thyroid had checked out fine.  They didn’t understand what was happening, but I did.  It was simple.

I love to eat.

I got the fame I was searching for but not the product endorsements.  There are no deals out there for fatties who can’t stop gaining weight.  Nothing’s geared toward us except pity and sympathy.

Things didn’t work out exactly the way they were supposed to, but then again, nothing ever does.  The experience wasn’t a total loss (pun intended).  I did achieve one of my goals.  Actually, I overachieved without ever trying.

There was a fat guy in Indiana that had nothing better to do with his time than create a webpage just for me.  Screen captures, weight charts, a bio, video clips of me eating a Snickers.  He was obsessed.  And as it turned out, this was a good thing.

After my humiliating loss, he began an online donation campaign.  The Fat Fund, he called it.  Its purpose was to ease my suffering and allow me to hire true professionals to help me lose weight.  The money came with no strings attached.

I don’t have a job any more, I do interviews.  Oprah, Larry King, Ellen Degeneres.  I talk about the humiliation I went through and my personal battles with weight and other feely-feely crap.

Meanwhile, the Fat Fund continues to grow.  I’m a multi-millionaire from doing what comes most natural, eating.  I may not have have won the prize money and lost my weight but I get the biggest laugh of them all.

Excuse me, I think I hear the pizza guy at the door.