Among the many number of things I did wrong with my two wives, I did a great many correct.  It takes a lot to make a marriage work and outside forces are always working against you.  From your jobs threatening to steal your time to bills stealing your money to the mundane daily chores stealing your mojo.  One thing I learned is that you must always be vigilant because true love can only carry you so far.

There's one idea I had with wife number 2 that I'm particularly proud of.  I'm not a hundred percent sure it was my idea because when you're really a couple, you collaborate on everything so closely you're never sure where an idea originated.  Everyone hates Mondays, right?  It's the first day of the work week and signals an end to your weekend.  What if I gave you the secret to looking forward to your Mondays? 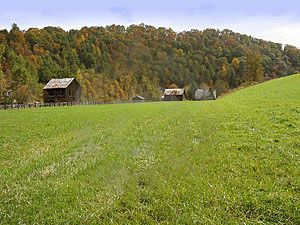 One of my Americana Photos.

I worked in the restaurant industry and wife number 2 was a counselor.  My money days were the weekend and her work week consisted of the normal 9-5 weekdays.  We would have absolutely no time together unless we did something drastic.  So we did.

Number 2 and I claimed Mondays for our own.  We made it a day of reverence and in doing so, enriched our marriage.

She okayed it with her boss to work flex hours, meaning she'd get her forty hours in from Tuesday to Friday.  I worked weekends and weekday nights but I set it with my boss to have every Monday off.  So instead of dreading Mondays, it was our day.

We could sleep late and wake up at our leisure, holding each other in that amazing warmness a morning holds.  We took showers together, made breakfast together, drank our coffee in the sunroom together.  Some days we'd do a little yard work or rearrange the furniture or run a couple errands, always together.

Others we might plan a day trip.  We'd pick a direction and take deserted country roads, exploring the little towns and rural Americana along the way.  We'd stop and enjoy the sights, take some pictures, do some shopping.  And we'd always eat at some mom-n-pop diner, anywhere the sign was yellowed and falling apart.

Whatever we did on Mondays, we did it together.  It was our day and we claimed it from the world, never once relinquishing it until we finally released each other.  Monday became an integral part of our week, one we both cherished and anticipated with childlike glee.

So now you know the secret, how to turn Mondays into the most amazing day of the week.  It won't be doable for everyone because flex hours isn't always an option.  But whatever you do, you have to be creative in your relationship to make it thrive.  Whether it's eating out every Friday night or keeping a jar of special dates that each of you contribute to or simply looking forward to Mondays.