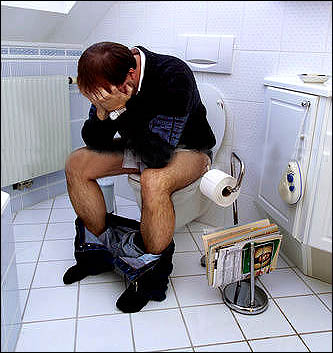 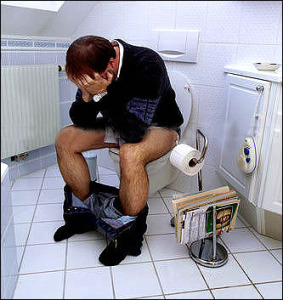 Ass-Effects (Aciphex) may cause diarrhea.

Ass-Effects, a real drug actually spelled “AcipHex,” is a new drug from Eisai Company, Ltd., of Tokyo, Japan.  The drug’s country of origin should explain the lack of understanding of how this drug sounds on the TV when you’re in the kitchen washing dishes.

Last month, while on my honeymoon, I heard about this drug in just that way.  We’d just ate homemade chili and the commercial caught my ears as I was drying a plate and contemplating the number of steps between the kitchen and the bathroom.

“Ask about prescription Ass-Effects.  One pill works all day, all night.  Try Ass-Effects for free … Take it to your doctor, and ask if Ass-Effects is right for you.  Side effects with Ass-Effects may include pain, sore throat, gas, infection, and constipation.”

Those words are taken directly from the commercial that’s readily available on their website, AcipHex.com.

Also listed on their website are side effects for adolescents: “headache, diarrhea, nausea, vomiting, and abdominal pain.”

If there was ever a case for the side effects of a drug being worse than the condition it treats, this is it.  Vomiting, pain, infection?  Diarrhea, gas, constipation?  It sounds like the writers on Saturday Night Live made this drug up.

Chevy would then walk off screen and you would see some fat guy behind him, struggling to get off the couch, his eyes bulging from what the condition gurgling deep inside his belly.  He would finally get upright and clasp both his hands behind him as he waddled sideways toward the bathroom.

Fade to a new screen with Chevy smiling so richly his dimples look chiseled in.  He’s sitting cock-eyed on a desk with a group of school kids behind him.  One of the students lets out a roaring belch and grabs his throat while the others back away, waving their hands in front of their faces.  Chevy turns to the camera and says, “Burning, belching and bad taste don’t look good on anyone.  Try Ass-Effects for free today and end the cycle of embarrasing moments like this.”

He turns to another camera that’s zoomed in close on his face.  “Ass-Effects, when used in conjuction with Depends undergarments, has the power to bring regularity back into your life.”

He turns to another camera and gleans another trademark smile.  “Ass-Effects.”