It's the new millennium and has been for quite a few years.  The definition of what constitutes a man is being rewritten on a daily basis.  Not only is he responsible for bringing home the bacon, but also running the kids to soccer practice, making dinner and splitting the housework.

Some men go overboard on the "new man" thing.  They get sensitive and caring and journey past the point of manhood.  They give the rest of us a bad name.  There should be some lines drawn so everyone's on the same page.

Real men eat quiche, right?  Wrong.  Real men make the quiche and serve it to their woman and then sit down to eat it with her.  Then they sweep her off her feet, take her to the bedroom and give her dessert. 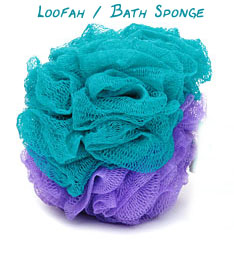 Real men aren't afraid of spiders, unless they have a good reason.  Like being barefoot, or allergic, or within twenty feet of one.

Real men eat steaks medium rare, with a beer, and a reasonable expectation of gas afterwards.  And they don't apologize when it slips out; they smile and make a snide remark like, "That sure cleaned the pipes!"

Real men say what they mean and mean what they say.  They don't expect you to figure out their feelings because they can't figure them out themselves.  And they sure as hell won't figure yours out unless you slap them in the head with it like a ten pound skillet.

Real men never answer the question, "Does this make me look fat?"  They don't even touch the seemingly innocuous, "Is this outfit okay?" because they know you're just going to go change again, no matter what our answer is.

Real men suck at empathizing unless it's got to do with our team losing.

Real men are sexist pigs with just enough social training to fool the best shrink.  But we can never fool the women that love us because they know better.  Who do you think trains us how to act in public?

Real men wear their hair short, play air guitar with passion and have smelly feet.  They wear their favorite t-shirts until somebody else throws them away, they hear women talk but don't really listen, and yes, real men use loofahs.  They don't get manicures or pedicures (see: sissies), but they do enjoy the occasional exfoliation.  That pastel bath sponge you leave hanging in the shower?  Men use it, with just enough bath gel to get a decent lather, but not enough that you notice some is gone.

Can you blame us?  That stuff is silky smooth and way better than soap.  Soap dries our skin out.  We have to take care of our skin too.  Real men don't have canker sores or warts or dry flaky skin.  They have skin you can't wait to touch, skin that's been loofahed and then lotioned.

Real men are simple and predictable and right when you think you have us figured out, you realize that you really do.  It's not hard, we just be ourselves.  It's when everyone else begins pressuring us to be somebody else that things get complicated.  The world is out to change us real men and that could have disastrous consequences.  Leave us alone and we'll be better men.  Much better than any tinkering could accomplish.

Now who do I talk to about getting a loofah in say, a navy blue or camouflage?