Rogaining My Life Away 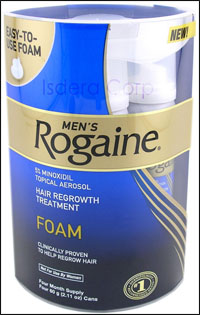 I’ve done it.  I ordered the generic version of Rogaine.  Minoxidil is the magic ingredient and it promises to restore my masculinity.

I know the negatives.  It’ll make my scalp itch.  Maybe even dry it out some.  It may not work even for me.  And if it does, I’ll have to use it for the rest of my life.

Did you know Minoxidil was originally studied to reduce hypertension and they found out a side effect was that it grew hair.

Wonder what that mouse looked like?  And can you imagine the scientist who discovered it?

“Hey guys, is he furrier today?  He feels furrier.  You feel that?  That feels like more fur.”

Below is my head today.  They say it takes up to 2 months for the first hairs to begin growing.  What, they have a union meeting to decide if they’re going on strike or back to work?

I can see the demands now:  “We want to be combed more.  No more dandruff shampoo, we want kiwi-strawberry.  No more cheap conditioner.  And lastly, no more layoffs.”

Check back, I’ll update the pictures about once a month.

For the rest of my life. 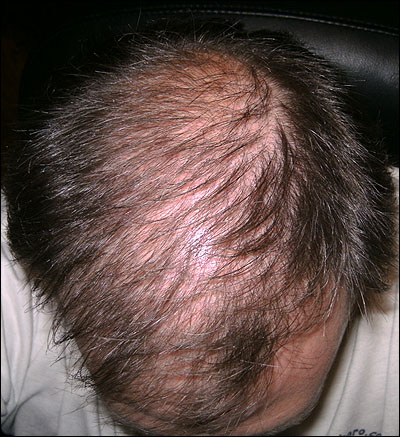 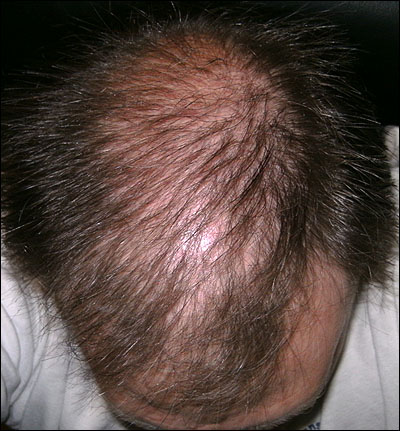 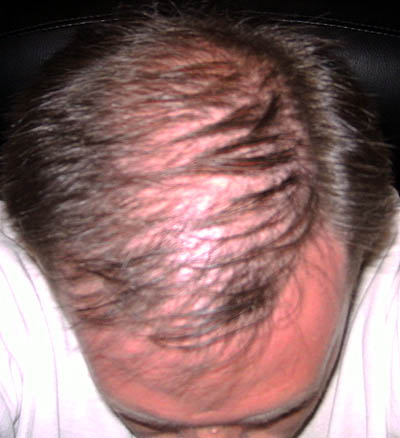 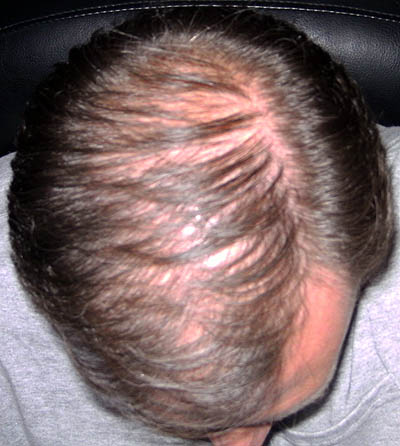