Shirt In Or Out? 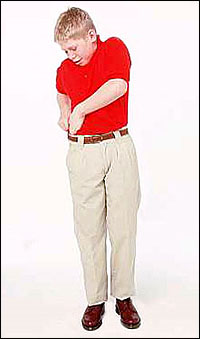 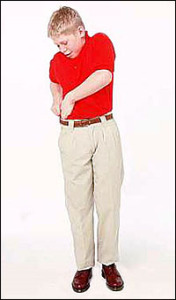 Kids always find ways to rebel against older generations.  They do it through music and art and hair styles and more obviously, through clothing fashions.  For instance, do  you tuck your shirt in or leave it out?

This was a conversation I had with a friend months ago.  I wore my shirts tucked in, he wore them out.  He told me I was old.  I told him he was only six years younger than me, that my head began to shine at his age.

And then I told him the shedding sped up because I made fun of older people.

“You tuck your shirt in.”

I looked down and saw he was right.  I’d been doing it for as long as I can remember and I told him as much.

“Yeah,” he said.  “You wouldn’t catch me dead with my shirt tucked in.”

Interesting.  Officially, I’m at the end of Generation X and he’s the beginning of Generation Y.  We’re only six years apart, yet we’re so different, style and music-wise.

I swore years ago that I would never be one of those men that grew old wearing the same fashions I had when I was a young.  You see those old men around now, wearing plaid polyester slacks from the sixties and seventies.  Think Rodney Dangerfield in Caddy Shack.

So I thought about it and within a week, I began untucking my shirts.  Suddenly I found that I felt younger, spryer, more energetic.  I felt hip and with the times.

By the simple change of wearing my shirt out instead of in, I gained six years of my life back.  Now I just have to convince my balding pate I’m still thirty.