The Disappearance of Things 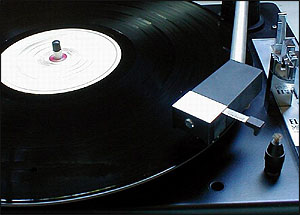 The world is constantly evolving.  It is inevitable; all that is now, will be no more.  Traditions are but man’s futile attempts to preserve a way of life.  But traditions are easily corrupted.  Such is the disappearance of things.

Remember when dads had shoe polish and shined their shoes?  I bought a tin of shoe polish ages ago because I thought I needed it.  I found it the other day, cracked and dried out from years of non-use.  Shoe polish is quickly becoming a relic.

Does anyone below the age of fifty carry handkerchiefs any more?  I don’t think so.  I can’t picture a fifteen year old boy whipping out his hanky for a girl who just sneezed in class.  My dad tried to get me to carry one when I was that age, but somehow, carrying around a dried snot rag was unappealing.  Handkerchiefs are one of those traditions that thankfully seems to have died.

The LP, or album, evolved to the 8-track to the cassette tape to the CD to the MP3.  LPs are still sold but do you know anyone born after Reagan was elected that can do anything with one but hang it on the wall?  CD’s are headed the way of the dinosaur too; the next generation of kids will grow up carrying around IPODs (or an equivalent) full of music.  They’ll zap the song to someone else through wireless connections.

The same fate is befalling the VHS tape at this very moment.  Writeable DVDs and DVRs proliferate and soon, rewinding something will become an action of the past.  The verb itself, rewind, will cease to carry any meaning and within a few decades it will be relegated to the list of extinct words.  At the very least, it’s meaning will be changed from “winding something backwards to the beginning” to “starting over from the beginning.”

Other conventions are slowly disappearing.  Soon, people will no longer “tape” something, they’ll “record” it.  “Cell phones” have already become “mobile phones“, because analog “cells” are going extinct, replaced by feature-rich digital towers.  Music groups don’t put out albums any more, they release CDs.  And more recently, they release MP3 CDs which aren’t physical CDs any more.  Its definition will soon change and kids won’t know it stands for “Compact Disc” just like the generation now probably doesn’t know LP stands for “Long Playing” or that a 45 is called that because it revolves on the turntable at 45 revolutions per minute.

And so on and so on.

Life is ever-changing, it refuses to sit still while we bask in its complexity.  There are no constants, only the illusion of them.  We are forever destined as a human race to evolve and move on to bigger and better things.  Items and conventions will continue to disappear and before we know it, some of our most valued treasures will go the way of Betamax and rotary/pulse dialing phones.  The same way those items replaced 8mm film and party lines.

Such is the disappearance of things.