The Internet Has Ruinned Our Spelling Abilitys

It's true.  The world's spelling acuity, and America's in particular, has suffered immensely due to one major reason.  The advent of the Internet.

This new medium has single-handedly opened up communications for the masses.  The tables have been turned.  Now, more than ever in the history of man, almost anyone can publish their words and thoughts for the whole world to see.

The traditional publishing stronghold has collapsed, newspaper readership is down 30% in the last two years.  The world is turning to the internet for its entertainment and news.  For its laughs and insights.  For its everyday thoughts and personality.  And its misspellings. 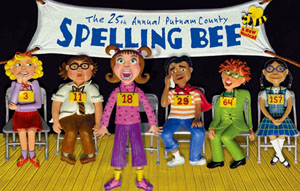 Because any Joe Schmoe can log on the net and post a comment to a bulletin board or place an auction on ebay or even set up a blog, words can be disseminated to the masses without the benefit of an editor's oversight or a fact-checker's services.  On the net, there are misspelled words abound, bombarding us from all sides.

Humans are a visual species, we learn spelling by seeing the words repeatedly.  Remember in school when you realized that you learned better when you rewrote your notes?  The combination of tactile and visual stimulation teaches the neurons in our brains how to retain information.  How many sitcoms can you count that had an episode where a character was going to cheat on a test, wrote the answers on his shoe or hand, then when the time came, he didn't need them because he'd inadvertently learned the material?

With the internet at practically everyone's fingertips, we are now bombarded with incorrect spellings repeatedly, rewiring and confusing our memories.  Good spellers, like me, now have to look words up that we've known our whole life.  In college, before the onslaught of the internet, I don't think I ever used spell-check a single time.  Now I dare not post anything, not even a small paragraph, without running it through some program first.

I recite the "i before e, except after c" phrase every time I type "receive" or "believe."  Its and it's.  Their, there and they're.  To, too and two.  English can be confusing enough without being lambasted constantly with incorrect grammar and spelling.

Don't get me wrong, the internet is probably the most important invention man has ever achieved (except maybe the bathroom exhaust fan).  It has opened up our borders and introduced us all to new and amazing cultures.

A Brit can chat with an American, then turn around and compare ideas with a Ukrainian the next minute.  Then share it all in a blog for everybody else in the world to see.  Everyone is our neighbor.

But not everyone can spell.  I bet most of you noticed the word "ruined" was misspelled in the article's title, but did you pick up on the typo of "abilities?"  The internet is greatly enhancing our culture while simultaneously dismantling it.  What do we do about it?  I don't know.  There's an old Confucian saying that goes, "Fool talk, wise man listen."  But I ask you this, why does the wise man listen to the fool?