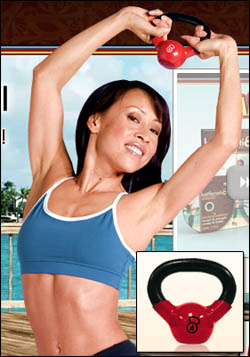 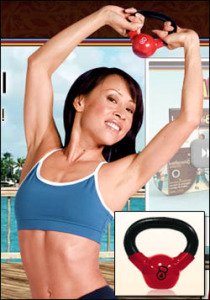 And oh my god, it’s a real product.  It may be the gayest exercise product I’ve ever seen.

Some joker has taken the time to slap a handle on a ball and calls it an exercise.  I guess the thought behind it is that finally, after years of scientific research, he’s designed a ball that won’t roll away.  It’s got a flattened bottom and for the physically inept, a giant handle on the top.

So you can pick it up.

Forget those pesky dumbells with the handle between two weights.  That’s ineffective.  You don’t get in shape with those things.  They hurt your back.

The K-Bell is revolutionary.  It’s new.  It’s red and black.

And if you desire to look like a small Asian woman who’s never weighed more than a hundred pounds, you should get one.

What I don’t understand is why they didn’t get Christopher Walken as the spokesman.  He could drum into America’s head how the cure to their overweight problem was they needed more K-Bells. 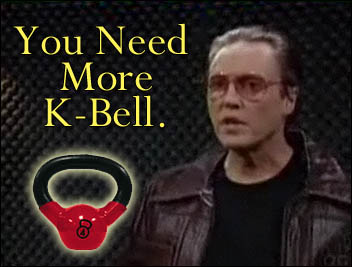