I have a legitimate question:  What type of person buys the mid-octane gas?  In America, we're sold three octane levels of gas at the pump; 87, 89 and 92 (or 91 or 93).  I grew up always buying the 87 because my Dad would say, "It works just as good as the other stuff."  But when I owned my Mercedes, I bought the expensive stuff because it was recommended for such a high-performance engine.  But who buys the mid-level gas and why?

Most everyone purchases the cheap gas because on most engines, you really can't tell the difference.  On my little 2.3 liter Mustang LX that I owned back in college, I did gas experiments.  I checked mileage using 87 octane and 92 octane.  There was practically no difference whether in the summer or winter.  So naturally, I opted for the cheap gas because it was generally 20 cents cheaper per gallon. 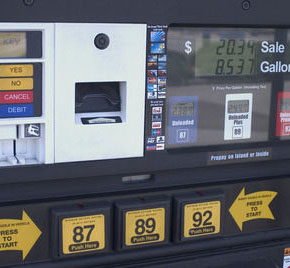 But with my Mercedes ML430 back in 1999, I used the 92 octane premium gas.  I tested that SUV with both highway and city mileage and compared it versus the difference in price between the two gasolines.  It came out the same cost in the long run.  I paid more for the gas but I got better mileage and since the expensive stuff was supposed to be better for your engine, I bought that.

I'm not sure I ever purchased any 89 octane.  And I'm not sure I know anyone who ever has.  What's the lure of buying mediocre gas?  Where's the benefit?  What is the thought process behind it?

Does a person wake up one morning and decide that you're tired of being cheap but you don't really deserve the best?  Where does this mediocre attitude come from?  Who creates mediocre expectations?  And better yet, which came first, the demand for 89 octane or the 89 octane?

Somehow, I can't picture a bunch of guys sitting around talking about cars, saying, "You know, Fred, I wish there were a third choice for gasoline.  One in the middle.  For those days I just don't feel like splurging but I don't want to feel cheap either.  You get my drift?  Pass me another Coors Light, will ya?"

I imagine these people who buy 89 octane as the same ones who have Ford Tauruses.  Not quite a sports car, not quite a family car.  If only they'd move the gear shift from the steering column, it might be alright.  It's kind of a car that's in the middle.  Like the Nissan Altima.  Just above a Sentra, just below the Maxima.

These same people must the ones who buy the $2 lottery tickets, Hunt's Ketchup, and sit in the middle of the bus.  Their kids get C's in school and they're happy with it.  No, not happy, just okay.  Their cell phone plan has the voice mail but not the text messaging or the picture capability.  They go into fast food restaurants and avoid the dollar menu and the expensive sandwiches, opting instead for the $2 burger.  They wallow in mediocrity like the rest of us breathe oxygen.

The next time you stop to fill up gas, look around.  Look at what everyone else is pumping.  I dare you to find one buying 89 octane.