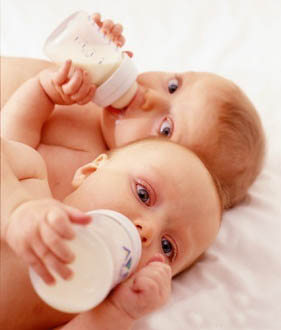 This short story was published at hackwriters.com in October 2007.  It is based almost entirely on a true story.

IT WAS 1968, a summer of love, and so it was with Martha and Odell.  They had three girls, the youngest at sixteen months, and another child on the way.  Back then, you didn’t know what you were going to have until it popped out screaming at the world.

Martha was eight months pregnant and as big as a Christmas ham.  She was alone quite a bit with Odell being out of town, his job in sales.  It was a necessary evil, someone had to make enough money to feed all those mouths.  And he was doing a pretty good job of it.

But Martha wasn’t totally without help, there was Norma Lee, her sister-in-law, whose husband was constantly gone on business, too.  Norma and her husband were trying to conceive at every possible chance also, after four years of marriage they thought the time was right.

Norma Lee spent almost half her nights with Martha and the kids, helping her with house chores and motherly duties.  Having helped raise three younger siblings herself, she was no stranger to what it took to run a household.  From laundry and cooking to cleaning and changing diapers, Norma knew what needed to be done.  She was present for both emotional and physical support.

And she happened to be there that one night, when Martha told Odell it was time.  That time.  A month premature, but she knew labor pains when she felt them.  And these were the real thing.  Norma accompanied Odell and Martha to the hospital, excited for the latest addition to the family.  Back then, kids weren’t allowed at the hospital for births.

Odell had always wanted a boy but had been blessed with three lovely girls.  Sandra, Sharon and Kimberly.  He hoped that this one would be a boy, if anything, just to help even out the power in the household.  It was already four to one.

In 1968, men weren’t allowed in the delivery room, and so Odell camped in the waiting room with Norma.  He paced and worried, but still held his confidence because there’d never been any problems before.  But this time, they were here a month too early.  This time was different.  When the doctor appeared, he braced himself.

Odell beamed, it was a girl, a beautiful healthy girl.  His heart leapt.

And then the doctor continued, “But your boy looks just like you.”

Odell grabbed the back of a chair while the doctor grinned.  Norma would never forget that moment and the look on Odell’s face.  It was happiness pure and simple, the kind where your surroundings cease to matter and the only thing you experience is the loudness of silence.

Shannon and Steven were quite the pair, hardly bigger than Martha’s hands when she held them for their first picture, a polaroid Norma took.  The family was complete, Odell had gotten his wish but he’d also gotten more than he bargained for.  It was an even better deal than he could have ever imagined.  Love is a funny thing, the more the need for it, the more there is to go around.

The whole family helped Martha out with the new additions.  The girls all wanted to take care of their little brother and sister.  Sandy sang them to sleep, humming the tunes to songs because she didn’t know the words, she wasn’t even four yet.  Sharon helped change diapers, barely out of them herself.  And little Kim, at sixteen months, brought their bottles when her mother needed them.  One blue one and one pink one.  She was so smart, she even knew which one went to Steven and which to Shannon.  They were one big happy family.

Shannon and Steven were only two months and twenty-three days old when they got sick.  They cried and cried.  It was a cold, the doctor said when Odell frantically called him.  There was no reason to bring them in, it sounded like just a cold, it would run its course like they always do.

The next morning, Odell woke to find that Shannon was no longer breathing.  Her frail little body was cool and clammy and she wasn’t moving, still wrapped up in her pink pajamas with the smiling duck embroidered on the chest.  She would never cry again.

Steve is thirty-eight years old now and expecting his first child.  My mom said his wife was dialated something or another.  What she was telling me in pregnancy terms was that she was due any moment now.

That was what triggered the memory of Shannon and her death, and she told me the whole story for the first time.  My mom is Norma Lee, she was there for most of what happened and she’s got a memory that would make an elephant jealous.

I’d always known that Steve had a twin and that she had died, but no one ever told me exactly what happened.  I just assumed that she was still-born.  I guess the pain was too great for anyone to relive.  I’m not even sure I ever knew she had a name until today when my mom visited me and recounted the tale.

My mom has a way with words, she uses a lot of them.  Sometimes when she tells a story, there’s no real beginning and no real end.  It just wanders aimlessly from subject to subject until someone can wrest the conversation away from her.  We all kid her about it.

But today, I said nothing as I listened.  I was stunned and speechless.

The morning Shannon passed, Odell called the doctor back.  He said, “My little girl is dead, will you see my boy now you son of a bitch or should we wait till he’s dead, too?”  Or something like that, it’s pretty close.  It sounds like something Odell would say.

My mom was devastated when everything happened, she said it was as if it had been her child.  She was that close to Martha and the kids.  For my mom, there’s no other way to be with family, she’s the most emotionally invested person I’ve ever known.  Her empathy can be quite overwhelming at times, and in fact, I found it stifling more often than not when I was growing up.  Though now, I finally understand why, and I might have reacted the same.

She was so scared, so frightened at the time, that her and my dad quit trying to conceive.  She couldn’t live through an experience like that again.  A child two and a half weeks old, its life stolen away from it as quickly as it came into the world.  It was another three years before they had me, and my sister followed four years later.

Little bits of Valium, my mom told me, holding her finger and thumb apart as if to justify she didn’t take entire pills.  Little bits of Valium is how she made it through my infant years, always afraid that one day she’d awake to find my little body quiet and unmoving.  Even three years after Shannon’s death, she could still feel the pain and heartache from that morning like it were a fresh wound.  It reached out to her in the middle of the night and she’d panic, rush to my side, and make sure I was still breathing.  She’d watch my chest move up and down through tired eyes, touch my face and feel my warmth, and then settle back down for more restless sleep.  It was the same with my little sister, she told me, little bits of Valium.

And a whole lot of love, I say.

My mom told me the story about Steven and Shannon, the wetness gathering in her eyes, her lips trembling as she spoke, reliving these memories that were thirty-eight years old.  Remembering them like they occurred only yesterday.  Experiencing the same pain and loss all over again, like a Veteran might react to sharing his war stories.

What got me the most were the details she could still recall.  Steven and Shannon were so small they slept in the same crib, positioned sideways with a little divider across the middle.  I pictured them like that Anne Geddes picture, the one of two peas in a pod.

I was dazed when she told me the story, one I’d never heard but thought I already knew, so I don’t remember many of the details now.  I was laying in bed, unable to sleep, and one detail kept replaying in my mind like a broken movie reel.  It haunted me and forced me to get up and try to write the whole account down.  My mom’s tears threatened to burst forward when she recalled that memory and I’ll never forget the anguish in her eyes as she sat not more than two feet from me and said the words.  It happened the morning after Shannon’s death, when sweet little Kimberly, all sixteen months of her, eagerly made her way to the kitchen and waddled back to the twin’s room with two bottles.  She presented them to her mother.  A blue one and a pink one.