The Story of Dishwater Johnson 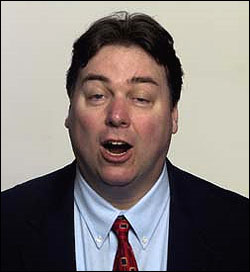 Dishwater Johnson is a guy everyone knows.  We see him everywhere.  In a McDonald’s drive-thru paying with a hundred.  At a construction site with his hat on backwards.  In a Wal-Mart parking lot trying to park in the space with the cart corral.

My Dishwater Johnson’s real name is Tom.  He was christened “Dishwater” by some guy I know that said, “He’s dumber than dishwater.”

I added the “Johnson” part, it just sounded good.  Oh, to make the story more ironic, the guy who named Dishwater … is a Dishwater Johnson himself.  In fact, when I talk with one of my friends about Dishwater Johnson, I usually have to explain whether it’s the tall one or not.

I could go to the trouble to list all the bonehead things that Dishwater has said or done.  And they’d be pretty funny.  But you don’t have that much time and neither do I.

All I ask is that you remember this story the next time you’re in a grocery store and a guy knocks over a jar of spaghetti sauce because he tried to pull out the jar behind it.  Note that moment and christen him “Dishwater Johnson.”  It’s easy, you simply look to who you’re with, mutter “Dishwater Johnson” under your breath, and walk away.