Why Divorce Rates Are So High

Okay, first, if you’re looking for actual scientific data, you’re looking in the wrong place.  I’m totally pulling all this stuff out of my rear but since my rear has been divorced twice, I think I have a little experience in the matter.  Plus, I’m a fairly intelligent guy that’s pretty adept at figuring things out.

The number one contributor to divorce in America today is the absence of true gender roles.  The sixties began the upheaval and the seventies totally effed it up.  Yes, you’re reading correctly, I blame the feminist movement.  Throw eggs, tomatoes and small sharp objects now. 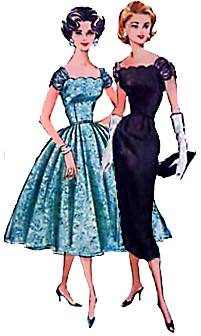 If you’ll calm down a little and hear me out, you might actually see my point.  In the fifties and before, divorce was a very uncommon occurrence.  It just didn’t happen very much.  In WWII, the men went away and the women had to run the country.  I think that this is where the gelling began of the women’s movement.  They finally realized as a whole that they could do anything they put their minds to.  It took the fifties to fester, with the men returning from war and asserting their manhood.  Then the sixties came and the bonds were tested, bra burnings and the whole bit.

In the old days, women had women’s jobs; they took care of the children, they stayed home, they played second fiddle.  Why?  Because they always had in most every culture in the world.  Why?  I don’t know, geez, what do you want from me?

But then came the sixties and the seventies and this all changed.  Feminism rolled in and replaced the "traditional" family system.  All of a sudden, women felt empowered to be and do anything.  They clamored for equal pay and equal rights and honestly, I believe it was the invention of The Pill that finally gave them the ability to take control of their own future.

In the eighties, women not only wore pants but they wore short hair and looked good doing it.  They could run a corporation and a household and still have time to do the shopping and cleaning.  Men were pigs, enjoying the fruits of the new women’s movement without picking up any of the slack.

In the nineties, the females got wise.  They realized that men were getting away with murder and they began demanding that they do their fair share of housework.  Not just the mowing and the trimming, but the clotheswashing, the vacuuming and the mopping.  They quit putting up with our bullshit.

As a result, men no longer knew how to be men.  Chivalry was dead.  A woman wanted to open her own door and slosh through mud puddles on her own.  Men were lost.  How could they not be the man of the house and still be a man?  A fifty-fifty relationship?  How about fifty-one/forty-nine?

No deal.  Women wanted to bake their cake and eat it too.

None of this is a bad thing.  It just is.  Women no longer have a clear direction to go to be women.  What does it mean to be womanly?  In the fifties, it meant being like Marilyn Monroe: beautiful, shapely, fashion-conscious, sexual.  Now?  Now, it has thirty definitions.  I am woman, hear me roar … sound familiar?

Women are confused.  They want us to do all those things too.  But the feminist movement says they shouldn’t so a good number of them reject it.  They get huffy if we compliment them on their new dress.  They get offended if we tell them we like their perfume.  They become upset if we pull a chair out for them.  They don’t need men, they can do all that on their own.

But society has now changed the gender roles.  Nobody has any idea of how to be a man or a woman.  And subsequently, we’re having trouble in our marriages because neither one knows how to act to appease the other.

Do I have an answer to this?  No.  I’m just the guy pointing it out.

So what do we do?  I have no effing clue.  I’ve been divorced twice.  Believe me when I tell you I have no answers to give.  I’m still learning when I can compliment a woman and not get a sexual harassment suit.

It’s not that bad, actually, because all this had a backlash and a lot of women have realized they liked those values they rejected.  They figured out that having the corporate job and the family and being everything to everyone isn’t that much fun after all.  It’s very stressful.

I’ll say one thing, I’m the eternal romantic optimist.  I’ll get married again because it’s my nature, I love being married.  And this time, I’ll make it work even if I have to be the stay-at-home dad.  After all, I’m a man of the new millennium.